Recently the sad news reached us that Prof. Hidetoshi Inoko has passed away. Professor Inoko was a pioneer in unravelling the genetic complexity of the MHC region at a time that the current methods for genetic analysis were not available.
Later he was involved in all aspects of MHC, such as evolution, anthropology, diversity disease association and transplantation.
He also had major functions and important influence in the HLA society.
Prof Inoko was a great inspiration to both of us which we will cherish.

Message from American Society for Histocompatibility and Immunogenetics:

It’s with sadness that we inform you of the passing of Hidetoshi Inoko. The following tribute was written by Seiamak Bahram and John Trowsdale. 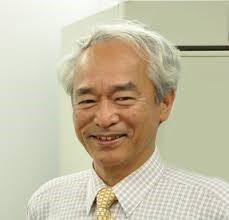 In this age it is easy to forget just how tortuous analysis of human immunogenetics used to be but in fact most of the fundamental discoveries about the MHC  genes were made before high throughput sequencing came onstream. Hidetoshi Inoko recognised the value of large-scale structural analysis of the MHC region, in man as well as other species, in the 1980’s and was a great contributor to the advancement of our field before he contributed to the first sequencing of the complex in 1999. From 1990 he was an early adopter of DNA typing for histocompatibility. The other approach he exploited for disease mapping on a genome scale was that of polymorphic microsatellites, which led to one of the very first Genome Wide Association Studies (GWAS) ever performed, that of rheumatoid arthritis using over 27000 microsatellites, a major tour de force at the time (2005).

From 1966 to 1976 Professor Inoko did his BSc and PhD (Science) degrees at Kyoto University, followed by eight years at Keio before moving to Tokai in 1984. He spent a year in Trowsdale’s laboratory in London at Cancer Research UK (then ICRF) in 1986-7 and qualified for a PhD in Medical Science in 1987. He became a Professor in 1992. His leadership qualities were recognised as he was elected Chairman of the Department of Molecular Life Science in Tokai University’s School of Medicine in 1993 and Vice-Dean in 2000, followed by Dean of the Graduate School in 2002 and then of the School of Medicine in 2006, when he was also director of the Institute of Medical Sciences. In 2021 Hide become Project Professor of the Center for iPS Cell Research and Application (CiRA) and Emeritus Professor of Tokai University in 2013. He co-led, in the past 10 years, with Seiamak Bahram, the only French-Japanese joint INSERM-JSPS laboratory, focused on histocompatibility.

As a work colleague Hide was unique, a friend larger than life. He enjoyed the pleasures of international travel, of companionship as well as Scotch whiskey and red Burgundy. He was also an avid golf player. Many of us were recipients of his generous hospitality and kindness in hosting visitors in Japan where he was active 18 hours a day to make sure his guests experienced the best of Japanese culture. Hide worked and played extremely hard and was always cheerful and open-minded.